“Do you not know Nocean? Well, you should keep yourself busy right away with the band, bec 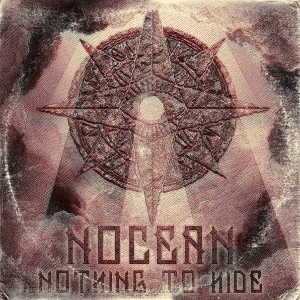 ause what makes the band around frontwoman HANNA here from the stack is already worth all honor. The ten songs you would probably classify under the heading of Classic Rock. Modern approaches are hard to miss and so may also fans of THE HAPPY or NO DOUBT here quite risk an ear. Now and then the whole thing reminded of AVRIL LAVIGNE, but more like a harder version of the Canadian Allen Tracks in common is the catchy tune, which is enhanced by the magnificent voice of the singer. No matter whether you’re the harder songs like “Diamond In The Rough” or “Suffocate” accepts or rather on the good mood variant “Red From Blue” is, Hanna makes each song into something special.” ffm-rock.de 8/10 – http://www.ffm-rock.de/index.php/reviews-interviews/cd-reviews/26471-nocean-nothing-to-hide

“Electrifying debut!
The instrumental presentation is convincing in all positions and front lady Hanna convinces with a formidable vocal performance. The young lady even manages easily the empathetic, partly from poppy adrift material (as in reminiscent of NO DOUBT ‘Ambitions’ and the on THE HAPPY reminiscent ‘Busy Lady’ trace is) to intone in a touching manner, impressed but also in the more aggressive passages where they all Rocklady-like brings (as in ‘Suffocate’) her vocal cords vibrate. Conclusion: Whether giving in alternative rock climes, their melancholic-romantic side in ballads packaging, or yet traditional, blues-inspired rock numbers to the best – Nocean know how to entrain listeners!” 8/10 – http://powermetal.de/review/review-Nocean/Nothing_To_Hide,27867.html

Nocean has nothing to hide – they play genuine, modern hard rock
“This debut album goes by the name of “Nothing To Hide”. Female fronted rock music is what comes right at you after pressing play. Fast and thriving music that will cause your muscles to twitch. Heavy rhythms are combined with a strong voice that can vary from soft and sweet to tough and loud. Catchy rhythms get you going along and the choruses will get you at least humming along to the music. The arrangements of the songs vary in speed and power. This causes the music to shake you back and forth like a swing or like a rollercoaster. Nocean have created an amazingly strong album that makes you want to hear more of the guys – and girl.” – http://tempelores.com/?p=12832

“2016, The new Swedish metal band Nocean have NOTHING TO HIDE – they play modern metal with melodic choruses, attitude and a powerful female singer in the front. NOTHING TO HIDE offers classic heavy rock and metal in a young, modern interpretation. Only one year from the start in 2014, Nocean signed a record deal with Attitude Recordings for a debut album. The band has released three music videos, two EP’s on their own, they have sold their music worldwide and played a lot around Sweden. The instrumental presentation is convincing in all positions and front lady Hanna convinces with a formidable vocal performance. Almost all of the ten numbers are also a direct path toward long-term memory (the feel-good catchy song ,,The Game” is absolutely a hit warning)!” – https://musicbuymail.com/en/shop/cd/nocean-nothing-to-hide-cd